It's flu season, but this year it's turning out to be a little bit different from usual. What is going on with influenza, and why are the numbers this year not what they normally are?

Infectious disease researchers are noting lower flu numbers, and this is something all of us can benefit from understanding.

Flu season is a familiar topic for us. The flu is something we all know about and most of us have had, but not everyone has an understanding of what influenza actually is.

The word "influenza" comes from the Latin "influentia," which means influence, but with the specific sense of an epidemic. The influence meant was that of the stars, which were blamed for disease before we knew about germs, but it has come to mean a specific disease caused by the influenza A and B viruses.

These viruses are RNA type viruses in the family Orthomyxoviridae, which also includes thogotoviruses (which are tick-borne and occasionally infect both humans and livestock) and isavirus (which affects salmon). For the most part, the only viruses in this family we worry about are influenza A and B. (Influenza C exists, but causes only very mild infections in humans and swine, more akin to a cold).

Influenza A has many strains, which is one of the reasons why the effectiveness of the flu shot varies from season to season. These strains are determined by highly variable hemagglutinins (H1 to H16) and distinct neuraminidases  (N1 to N9). For example, the last influenza pandemic, in 2009, was caused by H1N1 influenza, which is the same strain that caused the 1918 pandemic, albeit with some differences. Influenza B, on the other hand, is homologous and does not have different strains.

When the flu shot is put together for each year, virologists make an educated guess as to which strains will be circulating most strongly. The accuracy of this guess is why the effectiveness varies so much from season to season.

So what is our flu season going to look like this year? Each year sees an influenza outbreak of varying extension and intensity. The strength of the outbreak depends on multiple factors, including which strains are circulating, which affects antigenic properties and transmissibility, and the susceptibility of the population. The latter is one of the most important factors.

It's affected by things like how many people get the flu shot, the weather, and community mitigation strategies. In fact, at the end of the 2020 season, activity decreased from over 20% to 2.3%. This marks a ten fold reduction in normal, based on samples submitted for influenza testing (needless to say, this is lower than actual activity due to the fact that not everyone gets tested). Flu rates remained low in the southern hemisphere's flu season, and per the CDC, flu activity remains low at this time, especially compared to reason seasons. For example, the 2017-2018 season was particularly bad with positivity levels the worst since 2009.

While it's only December and flu activity normally continues through March, the low incidence is remarkable compared to previous years.

So, why is this? One reason is a decline in testing as labs focus on COVID-19 testing. Many people who would normally be tested for flu are being tested for COVID-19 instead rather than testing for both viruses.

But the other reason is that the measures we are taking to reduce the spread of COVID-19 are also having a positive impact on population-level susceptibility to influenza.

How Are Mitigation Measures Helping this flu season, and What Should We Consider for the Future?

One study in Taiwan shows a distinct improvement in flu numbers based on heavy community mitigation measures and non-pharmaceutical interventions. This is helped by a population that is generally more compliant with control measures.

However, it's clear that mitigation efforts such as avoiding gatherings, maintaining social distance, wearing masks and practicing good hygiene are also having an impact on the flu.

Influenza is transmitted in a similar way to COVID-19, primarily through respiratory droplets while in close contact with another human being, and secondarily through touching surfaces then touching your nose, mouth, or eyes. COVID-19 does appear to generate more superspreading events. Common sense, thus, dictates that measures taken to slow the spread of one virus will help with the other. As influenza is overall less contagious, measures that struggle to control COVID-19 have a much greater impact on flu.

Obviously, the extreme social distancing measures and lockdowns are not something we can do for future flu seasons; however, we can reduce population susceptibility by simple measures such as wearing masks when sick, more frequent hand washing, staying home if you have symptoms, and avoiding unnecessary physical contact with people outside your household.

How Else Can We Reduce Flu Spread?

Research is ongoing into mRNA vaccine technology for the flu; as the proteins for mRNA vaccines can be made in a matter of days. This might allow for a more accurate estimation of circulating strains. 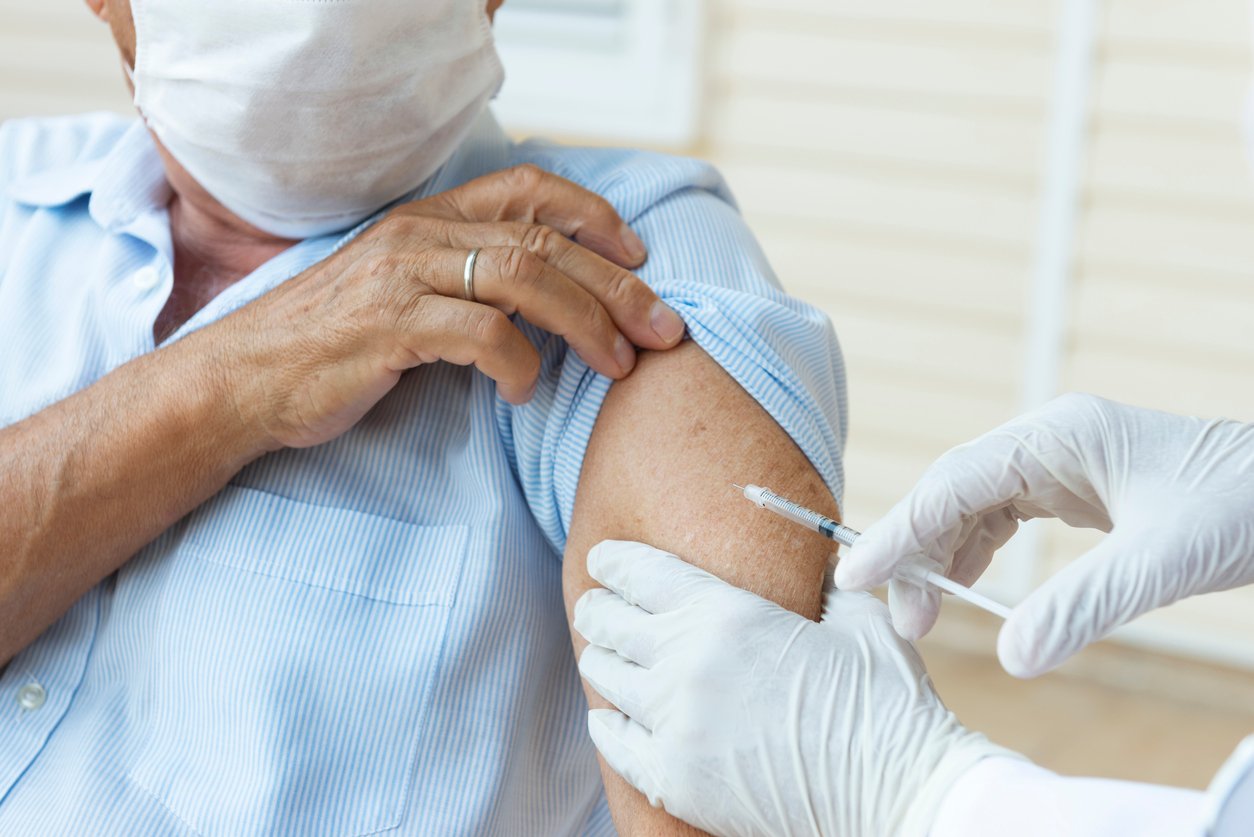 Another thing being researched is a protein called NLRP1, which is found on our skin and in our airways. This protein appears to be a key part of causing cold symptoms when it detects HRV (human rhinovirus). Turning down or off this inflammatory response could help reduce symptoms, although it doesn't affect viral load. This may also extend to other viruses, including influenza (and, for that matter, SARS-CoV-2). It may also help with symptoms of hand, foot, and mouth disease in young children.

And finally, increasing flu vaccine take-up is vital to reducing the spread. One development that has helped with this is the creation of flu vaccines that do not use eggs in the production process, which allows people with egg allergies to be safely vaccinated. The pipe dream is a universal flu vaccine that will protect against all strains of the flu, something researchers have been working on for many years, but which has been set aside in favor of stopping the pandemic.

Reducing influenza spread and severity could save thousands of lives every year; although not nearly as dangerous as COVID-19, influenza-related pneumonia was implicated in almost 60,000 deaths in the last 12 months. One thing we have learned from this pandemic is that simple measures such as washing your hands correctly may be enough to save a lot of lives in the future.

Boca Biolistics has a massive biospecimen repository to help fuel your research into influenza and other infectious diseases. Contact us to discuss your biospecimen needs.

Things to Know About the COVID-19 Vaccines
by Boca Biolistics

Artificial Intelligence in The Battle Against COVID-19
by Boca Biolistics