A Brief History of Virus Evolution

Viruses are and have been a constant in human life and evolution, even since before we were what we would consider human. Thus, understanding how they evolve is an important part of infectious disease research, helping us predict how new viruses may change, mutate, and evolve, and potentially spot the next pandemic before it even starts.

Where do Viruses Come From?

An important part of infectious disease research is understanding where viruses may possibly come from. Viruses are like no other life form on the planet, and most biologists agree that they are not technically alive, because they lack their own metabolism and most of them require the host's cellular machinery to replicate.

A virus is a string of DNA or RNA encased in some kind of protein sheath, that must hijack a living organism's cells in order to reproduce. In doing so, they tend to cause havoc for the host organism who, after all, was using those cells.

As for where they came from? We aren't sure, but infectious disease research has brought about three main hypotheses:

And, of course, there's a fourth possibility which might be more likely than any of them: All of the above. It's possible that something like mimivirus may have evolved by regression through adopting a parasitic lifestyle, while retroviruses started off progressive. One fact that supports this is that some viruses are RNA-based and some DNA-based, which may make a common origin less likely.

How do Viruses Evolve?

The fact that viruses evolve is what gives us new viruses in the first place. Infectious disease research has found that viruses evolve in much the same way as more traditional life forms do, by mistake. Copying errors give some individuals a higher chance of surviving, and you end up with a new strain, and potentially a new species. (New viral species also sometimes come about through hybridization).

Virus evolution is also affected by the quasispecies concept. A quasispecies is a cloud of genotypes, that move around a central favored point. Because of their rapid reproduction and higher levels of mutation, viruses tend to evolve very quickly, almost in real time. Depending on what evolution changes, this may or may not be a problem for vaccine production.

There is also co-evolution between the virus and the host. For a virus, the ideal situation is a stable relationship with their host, in which the virus causes very little sickness (a sick host is less likely to spread the virus because they don't move around, and a dead host is useless). The large selection of viruses that cause the human common cold are highly successful because they don't make us sick enough to stay home. The longer a virus has co-evolved with the host, in most cases (but not all), the less serious the virus is. The host's immune system adapts to the virus, creating antibodies and T-cells that reduce the impact of the infection. Some viruses stay serious even after a lot of co-evolution. Smallpox, for example, has been with us for a very long time, with evidence of an ancestor of smallpox possibly existing as long as 31,000 years ago.

New viruses most often come about when a virus jumps to a different host. Influenza is particularly known for making species jumps; we've had epidemics of "swine" and "avian" flu and there was a small epidemic in the Carolinas in 2004 when an influenza virus jumped from horses to dogs. That virus is now endemic in the canine population, but not considered particularly serious. Influenza, however, is far from the only virus that can jump between species. Some viruses dead end in humans; every Ebola outbreak is another species jump.

Viruses can also affect the host evolution by leaving bits of themselves behind. About 8 percent of human DNA actually got inserted by retroviruses a long time ago. Activation of these fossil sequences can sometimes cause disease and has been associated with Alzheimer's.

Why do we Care?

Why do we care about the evolution of viruses? There are essentially two reasons: 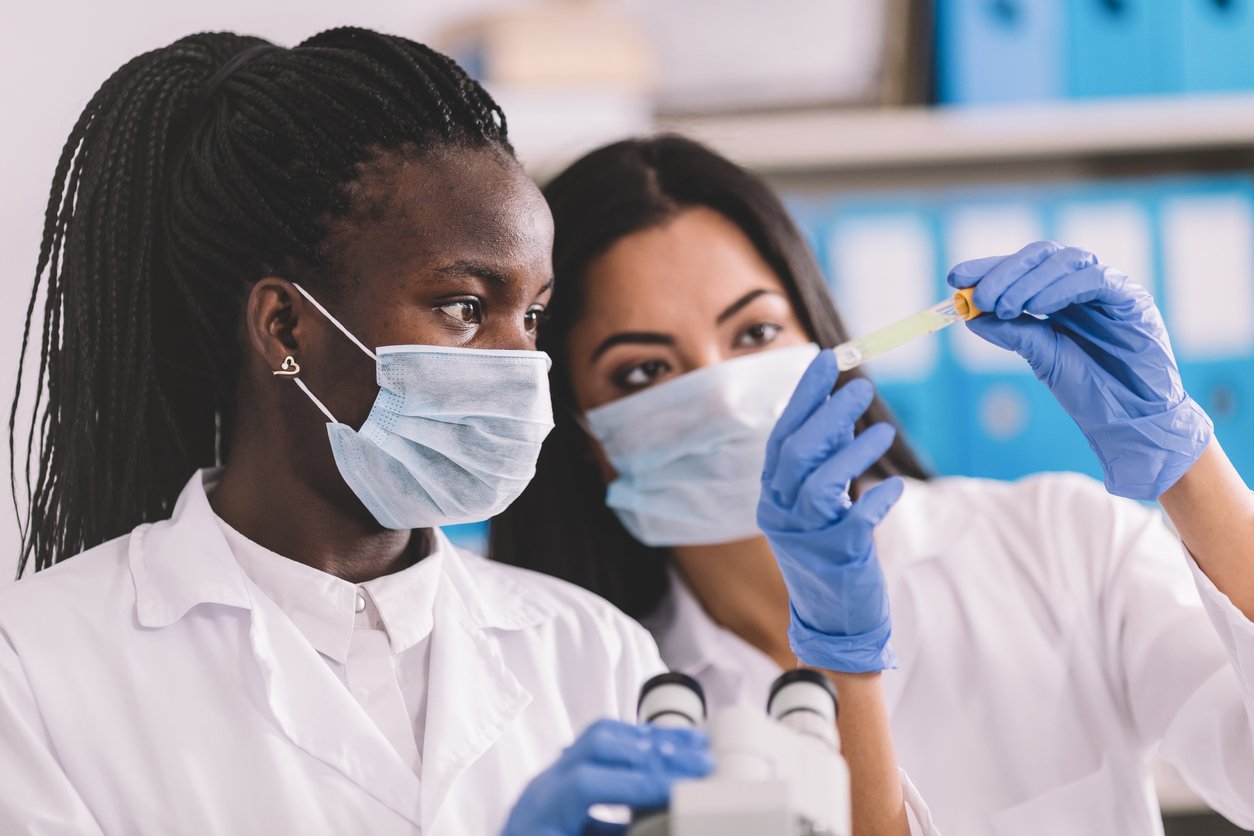 Understanding viral evolution is key to infectious disease research and helps us develop vaccines and treatments, and predict how a new virus might change as it starts to co-evolve with its host. All of this combines to help us deal with epidemics and pandemics and improve public health.

Infectious disease research is a core specialty of Boca Biolistics, and between our extensive biospecimen repository, clinical research services, and reference laboratory we have the tools to empower both preclinical and clinical studies. Contact us.

0 Comments
previous post Pandemics in History: How Does COVID-19 Compare?
Next Post Taming Viruses – How Modified Viruses Are Used in Biotechnology