Pandemics in History: How Does COVID-19 Compare?

COVID-19 is a major and unprecedented situation. To help understand it, researchers are turning in many cases to comparisons with past pandemics, especially the "Spanish" influenza. What can these past pandemics tell us about COVID-19 and what is likely to happen with it?

What is a Pandemic?

Before discussing historic pandemics, we should remind ourselves of what a pandemic is. According to the World Health Organization, a pandemic is the worldwide spread of a new disease.

So, it has to be a new virus or a new strain of a virus, and it has to have worldwide impact, showing up in all or most countries. Seasonal influenza, despite its wide spread, is not considered a pandemic.

So, now let's look at some historic pandemics and how they might compare to COVID-19. 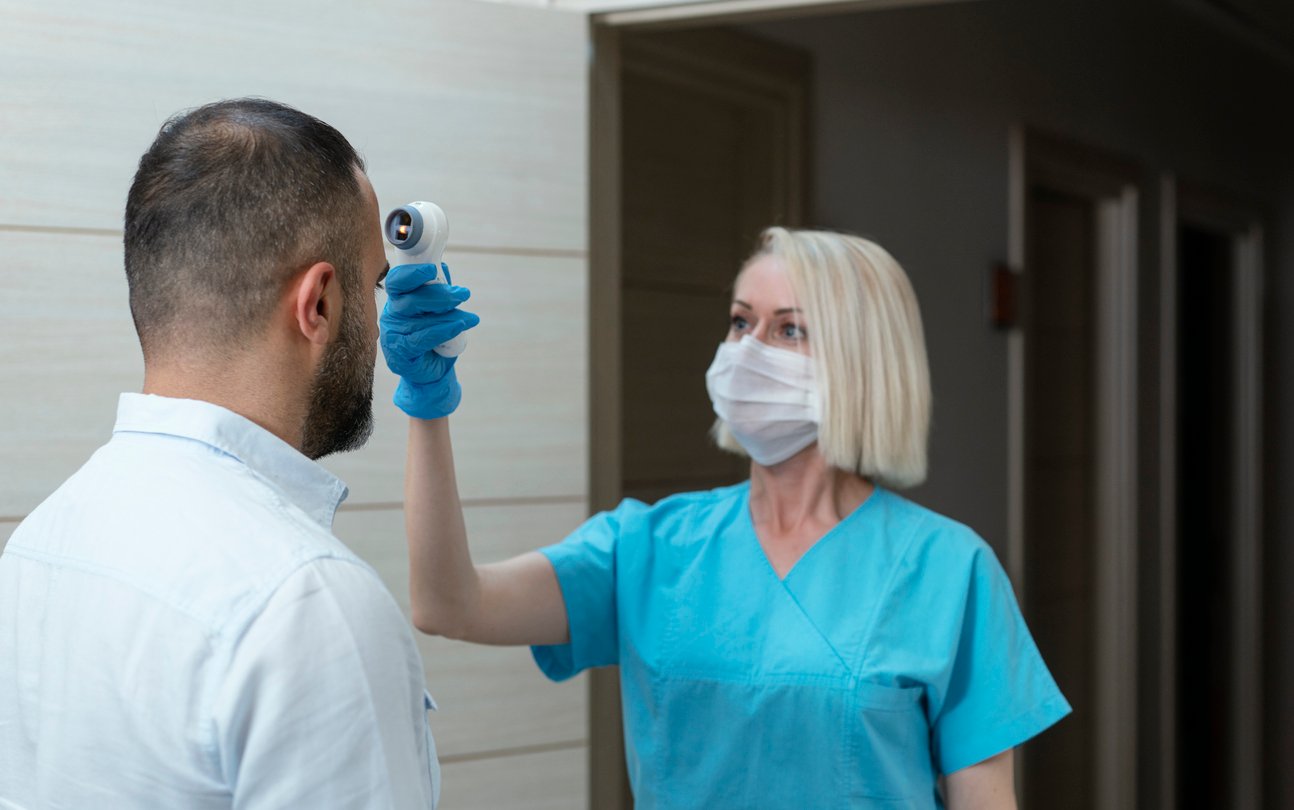 The so-called Spanish flu is generally considered to be the worst pandemic of recent times. So-called because it appears not, in fact, to have originated in Spain. The association came from the fact that as the pandemic spread during World War I, neutral Spain was the only country not hiding the initial spread. There is no consensus as to where it really originated, but many experts think it may have started in military training camps in the United States.

The disease was caused by an influenza virus in the H1-N1 grouping, with genes of avian origin. In other words, it was a form of avian or bird flu. It infected a third of the world's population and caused at least 50 million deaths. It was known for having a disproportionately nasty effect on the young and healthy, possibly because younger people were exposed to a different strain that negatively affected their immune response to this flu, dysregulating their immune system.

At the time we did not have vaccination against flu, and the measures being applied to try and contain COVID-19 (masks, social distancing, and hygiene) were our weapons against this pandemic as well. Many experts have used the spread pattern of the Spanish flu as a model for COVID-19, which suggests a relatively mild first wave, an extremely severe second wave, and a milder third wave. However, at least in the United States, COVID-19 appears not to be following quite the same pattern. COVID-19 is, of course, not a strain of influenza, but a coronavirus related to SARS, MERS and, more distantly, to some viruses that cause the common cold.

One notable similarity, though: Like this strain of flu, COVID-19 is observed to cause a cytokine storm, a situation where the patient's immune system goes into overdrive and attacks healthy tissue.

Various strains of influenza have reached pandemic proportions more than once, including relatively recently. In 2009, another strain of H1N1 emerged in Mexico and spread through the world within weeks. This might well have been a reprise of the Spanish flu, if we had not learned so much about influenza and how to handle it over the intervening decades. Like the Spanish flu, it tended to affect younger people worse and caused cytokine storms.

However, its ultimate death rate was lower than seasonal flu.

There were also influenza pandemics in 1957-1958 and 1968. Neither were as serious as the Spanish flu or nearly as serious as COVID-19, due to good treatment and vaccination.

Moving away from influenza, and going further into the past, we do at least have to touch on the Black Death, which killed up to half of the population of Europe, but which likely originated in Asia.

The Black Death was caused by a bacteria called Yersinia pestis, which was believed to be passed on by fleas on rodents, although more recent research indicates human fleas may have also played a role.

People still occasionally catch the plague today. In 2017, Madagascar experienced an outbreak of over 2,000 confirmed cases. The outbreak may have been connected to a funerary rite called "Dancing with the dead."  About 7 people a year catch the plague in the United States, almost always in the western half of the country, with most cases in the southwest. Generally, people catch it while camping or hiking and becoming exposed to fleas that fed on wild rodents, such as chipmunks or ground squirrels.

HIV is the pandemic many of us forget is still going on. It has been considered a pandemic since the 1980s. HIV is no longer a death sentence with current treatments, but we still don't have a vaccine for this tricky retrovirus. About 1 million people still die of AIDS complications every year, and because the disease is long term and chronic it also impacts mental health (not to mention the stigma of having a sexually transmitted disease).

Its very slow spread makes it a very different situation from COVID-19. Fortunately for all of us, the primary reason we still don't have an AIDS vaccine is the nature of the virus itself. HIV replicates very rapidly and mutates so constantly that each person essentially has their own strain of the virus, making targeting it with a vaccine tough. In contrast, COVID-19 mutates less than the seasonal flu. We are much likely to have a COVID-19 vaccine quickly, almost certainly before we have one to protect against HIV.

We can also learn from how we treat HIV when it comes to treating and preventing COVID in the interim period. HIV prevention relies on PEP (Post-Exposure Prophylaxis) and PrEP (Pre-Exposure Prophylaxis), and we are looking at ways to provide this to high-risk people such as healthcare workers.

Last, but perhaps most relevant of all, is the SARS epidemic of 2002-2004. This infection came out of China, and caused severe infection with a 15 percent mortality rate. Fortunately, it did not survive well in humans and did not spread rapidly, causing it to fizzle out. A vaccine was created, but the pandemic died out before that vaccine could be fully tested.

The virus that causes COVID-19 is called SARS-CoV-2. It is extremely closely related to the virus that caused SARS, with 80% nucleotide sequence similarity across the genome. In fact, some experts are now considering the two viruses to be variants of the same species.

Unfortunately, while SARS-CoV-2 has a much lower severe disease and fatality rate than SARS, it spreads much more freely through the human population.

Fortunately, one of the reasons why we are so far ahead with a COVID-19 vaccine at this point is because of the high similarity. The work done on the SARS vaccine is supporting the development of some of these vaccines, combined with the speed with which a sequenced genome was provided to labs.

We can learn a lot from previous pandemics about COVID, but the real take home is that social distancing, mask wearing and other measures do work, but only as an interim measure. Researchers have to continue the work of developing treatments and ultimately vaccines for this new virus.

Boca Biolistics can help accelerate your COVID-19 research with our inventory of human biospecimens and custom sampling capabilities. Contact us for more information.

Things to Know About the COVID-19 Vaccines
by Boca Biolistics 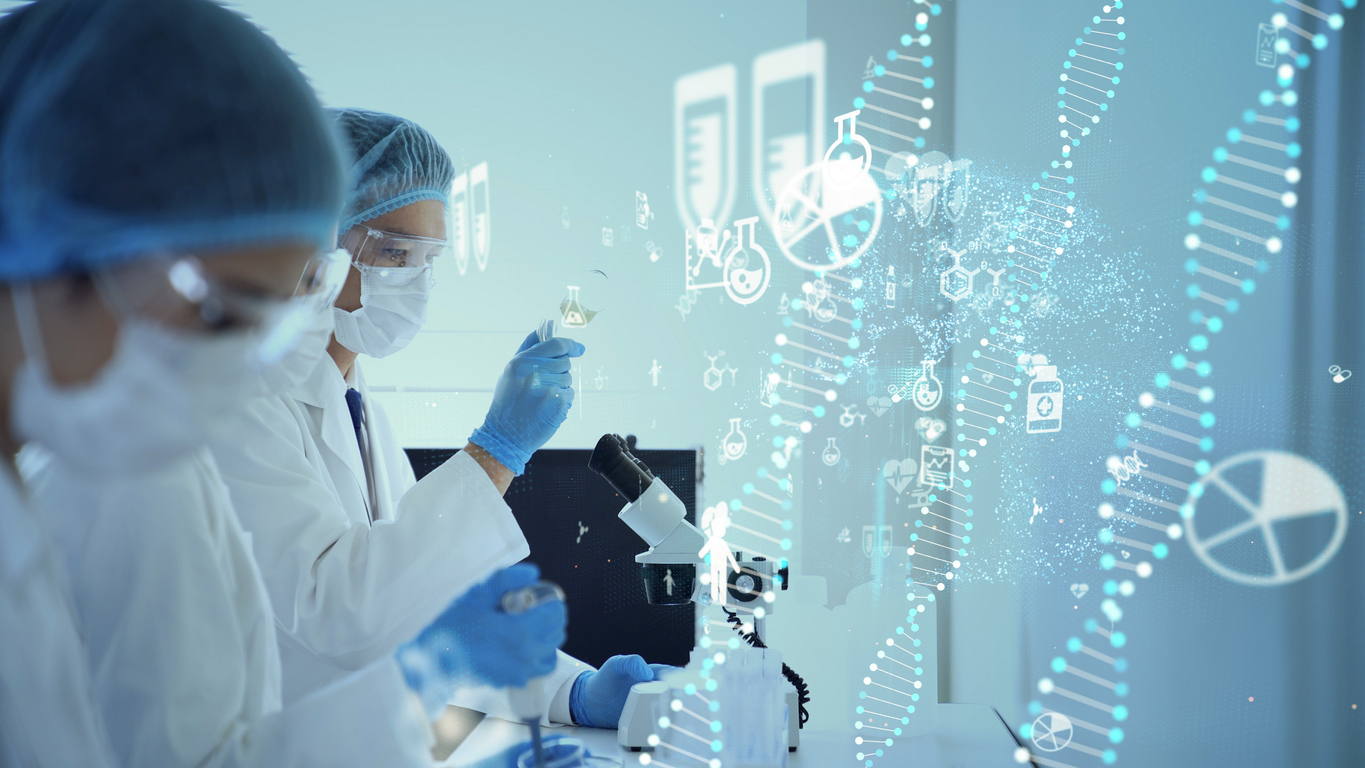 Artificial Intelligence in The Battle Against COVID-19
by Boca Biolistics