Boca Biolistics is proud to play a role in infectious disease research. We've been an instrumental partner in the development of Zika diagnostic assays.

We recently presented a poster at ID Week. ID Week exists to further the world's knowledge of infectious diseases. It is possible through the partnership of many organizations.

Boca Biolistics validated a test that is used to identify when a patient has contracted the Zika virus. That means that we proved the test to be effective for detecting Zika.

Let's talk about what Zika is, exactly.

Zika is a Flavivirus that is often spread to humans through mosquito bites.

The virus is similar to the dengue and chikungunya viruses in both symptoms and methods of transmission. In fact, the viruses are spread by the same mosquito.

Zika was first identified in a rhesus monkey in 1947 in Uganda. This was after the monkey grew ill in the Zika forest, infected by an infected mosquito. A biospecimen revealed an unknown virus.

Later, the first human cases of Zika infection were identified in 1952 in Uganda and the United Republic of Tanzania.

How Is Zika Transmitted?

The mosquito bites at day and night.

Zika can be transmitted to humans through sex and childbirth, and through contact with an infected person's blood or bodily fluids. This includes breast milk.

Condoms reduce the likelihood of contracting Zika. The CDC recommends condoms for pregnant couples. They also recommend that couples wait to get pregnant if they live in an area where Zika is prevalent.

Where Is Zika Transmitted?

Zika is found around the world and has been recorded in 86 countries to date. It has been found in the regions of North and South America, Asia, the Caribbean, and Africa.

The virus has been found in the United States. Specifically, Florida and Texas had outbreaks most recently between 2016-2017. However, suspected cases have been reported throughout America.

The Washington Post spoke with the dean of the National School of Tropical Medicine, Peter Hoetz. He argues that though Zika disproportionately affects the poor, it can still affect those who live in wealthier communities.

According to the same article, the Aedes aegypti mosquito that spreads yellow fever, dengue, Zika, and the chikungunya virus loves "artificially human-made habitats" such as tires and flower pots that contain water.

These water containers are unfortunately ubiquitous. Their ubiquity means that those who live in a variety of environments might be at risk of infection.

In fact, the specific mosquito that spreads Zika is not found in places you would typically find mosquitoes, such as the ground or swamp. They especially thrive near human-made water containers. They use bowls, buckets, and vessels such as vases and flower pots to lay their eggs.

Here is a world map that details which areas carry a risk of infection.

What Are the Symptoms of Infection?

The symptoms of Zika are typically mild. They include:

These symptoms tend to resolve within a week. Many people infected with the disease do not even realize they have been infected. They either experience very mild symptoms or are entirely asymptomatic.

However, Zika can be especially dangerous for pregnant women. The virus is transmitted from mother to baby. The virus can cause birth defects.

A 2017 report showed that one in 10 pregnant women that also had a Zika infection had babies with birth defects, including brain damage. This report also suggests that Zika transmission is more likely in the first trimester.

How Prevalent is the Zika Virus?

It is normal to be afraid of potentially contracting the virus, especially if you might be pregnant or trying to get pregnant. Of course, the consequences of the virus can be lifelong.

Zika was deemed an "international public health emergency" by the World Health Organization (WHO) as recently as 2016. And, though the WHO has changed this classification, they still admit that the Zika crisis is far from over. They state that the classification was changed because Zika is "here to stay" and shouldn't be treated as an epidemic.

This means that it will continue to be a way of life for many people around the world, however. For those that live within the United States, there are currently seven reported infections in the entire country. The virus was contracted while traveling to infected areas, in each case.

How Is Zika Detected?

Blood and urine tests are used to help determine if individuals have been infected with Zika. The CDC recommends that some individuals be tested if they have traveled to an area where Zika is prevalent. It is important that a test is only used on those that show symptoms consistent with Zika infection.

Did you know that there are multiple diagnostic tests for Zika?

We found that whether tested with urine, plasma, or blood, inBios's ELISA test was just as effective as the CDC's recommended test. Before, the FDA advised that the test only be used during emergency circumstances.

Now, this test can be used by all those who show symptoms of Zika. This is extremely important for those that could be affected by the virus.

Let's talk a little about how the diagnostic tests work.

The test was proven to work when used during an outbreak in the Dominican Republic during 2016. 434 patients who showed symptoms consistent with Zika were tested with the ELISA test. 65 of these patients were pregnant.

They all showed at least one symptom consistent with the Zika virus. Symptoms ranged from arthralgia (joint pain), conjunctivitis (pink eye), fever, and rash.

The body generates antibodies to help fight the virus after contracting Zika. We can detect when someone has contracted the virus by testing for these antibodies.

Both tests revealed Zika outbreaks in April and late May/June. Both tests were comparable in their results.

Even the FDA has examined the evidence. inBios's ELISA test appears to be just as reliable as the one recommended by the CDC. It's now one more tool in the fight against the virus. 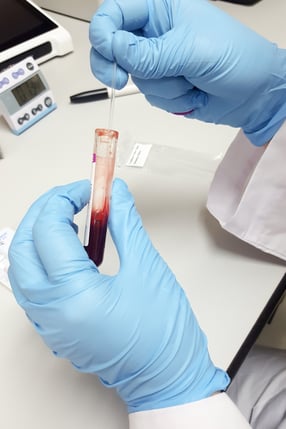 Luckily, more help exists for those grappling with this virus. This help comes from a variety of companies and nonprofits. We are one company happy to lend both our technology and expertise to defeat the many infectious diseases that still plague the world.

Zika is just one virus and even its singular impact can be overwhelming. This makes tests that can identify the virus indispensable, particularly for those that are either pregnant or trying to get pregnant. It can also be indispensable for travelers and even simply those that live in areas where the virus is prevalent.

Our contribution to the fight against Zika might just help save someone from the often lifelong consequences of this virus. We're proud of that. If you are developing novel diagnostics or treatments for Zika, contact us to discuss how we can help.